Irreconcilable Differences:
A Case Study in Grounds for Divorce 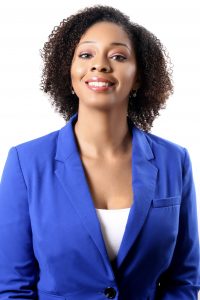 When it comes to divorce, often a spouse is looking for answers in all the wrong places. Consequently, the spouse is overwhelmed with tons of misinformation. One of the biggest misconceptions you need your spouse’s permission or agreement to get the divorce. While that statement may be true in some cases, it’s not true for all. Let’s take a look at Mason and Kate’s case.

Mason’s affair started out private for about a year. After a year of seeing the other woman in private, Mason made it known to Kate that he was no longer interested in their marriage and wanted a divorce. Kate refused to agree to a divorce, pleading with him not to leave her and vowed to make their marriage work.

Mason was disinterested in making his marriage work and began publicly dating the other woman to the point it was known to all his friends and family that he had a new girlfriend. After a while, Kate decided to move out of the shared home without telling Mason. Mason returned home one day to find all of Kate’s possessions (and some of his) were gone. Kate later called Mason and told him that she was gone.

After ten years of living apart and not communicating with one another, Mason wanted to legally divorce Kate. Kate refused and told Mason that she was never going to agree to a divorce. Mason thought he would have to stay together forever.

There are many other instances where agreement to divorce is not necessary from the opposing spouse to proceed. The best way to determine if you have grounds for divorce is to have your specific situation assessed by an experienced attorney.

If you have any questions or concerns please email our staff at info@sharimorrislaw.com

AT-A-GLANCE:
If you are unsure about legal requirements of a divorce, an attorney can help you with the details.
Shari´ MorrisPrincipal Attorney